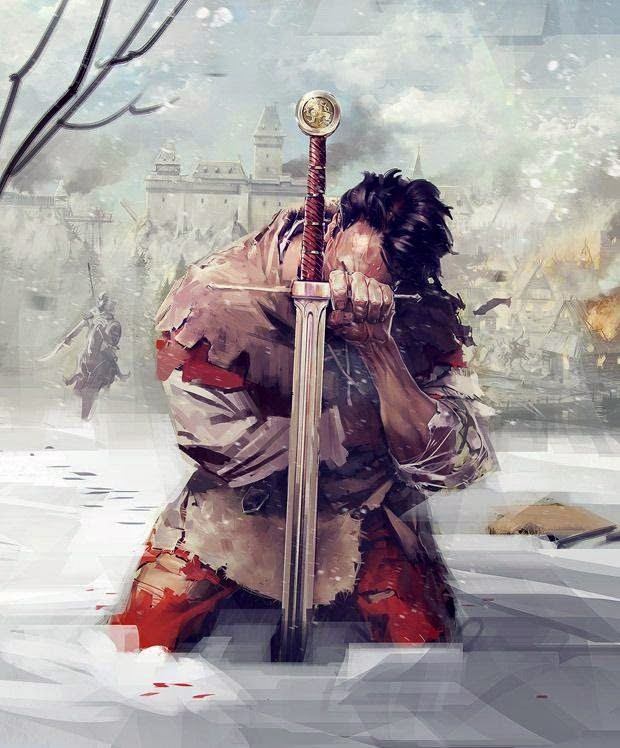 I watched a movie the other day that kind of bombed in The Box Office, but I liked a lot. It has some really great examples of how we can be led by The Holy Spirit and what to do when we seem to be under siege of the enemy and circumstances.

The Movie was "After Earth". I highly suggest it for every prayer warrior and person of faith. I don't want to give too much away for those who have not seen it, but I do feel led to mention two main aspects of the movie that we can use in our walk and our battles of faith.

He teaches the one he is watching over to be in the moment, not to think about what is ahead, or what may happen, but to know his surroundings now, and that takes me to the next, and most important thing we can learn from this movie:

He tells the one, he is watching over, that when he is getting scared, when danger seems to be overcoming him, when emotions are winning out, to Take A Knee, calm down, take an inventory of himself.

He asks him:
Is he injured?
What tools and weapons does he have at his disposal?
What are his immediate surroundings?

What mistakes would be avoided, what would we have not run from. In one part of the movie as the main character is watching his son run from something, he has to yell at him to "Take A Knee".
He yells "You are running from NOTHING, There is NOTHING chasing you! Take A Knee!"

I shared the picture because it struck my heart when I saw it. This picture brings back some powerful memories of a period of time in my life that I seemed gripped by a battle, and a spirit of prayer for a long period of time.

I can remember marching around my old workplace, all night long, in the driving snow, praying fervently. Sometimes I walked back and forth or stood on a hill there weeping and praying. One night I knelt in the snow next to the dumpster and consecrated myself to Gods Plan.

I took a knee

The months and seasons passed with no change, winter came around again and again, marching, praying, seeking, declaring. There were enemies that would come against me in many different ways and forms, trying to get me to give up and tempt me to stumble.

I knelt many times over those years in exhaustion of spirit and soul. I would kneel down, take a knee, wherever I could be alone for just a few minutes, whether it was in the maintenance room, in the housekeeping room, next to carts and dumpsters.

I had to take a knee, time and time again, to refocus, consecrate myself to God, and take an inventory of all He had done and was doing.

Tired from the battle, the choice was always the same: Give up and return to sin, or consecrate myself once again to Gods Plan.

Along with Intercessory Prayer, The Prayer of Consecration has been a lifeline between my soul and The Lord many times in my life since I was a child.