This was my reading this morning. I love the simplicity of The Gospel. I have heard it said, by a few ministers, that miracles,healing and deliverance are low level manifestations of Gods presence. Although I understood what ministers were saying when they said that, in my heart that is not accurate.
When asked if He was The One to come, what was the answer Jesus Gave? For onlookers and spectators, that just want a show, it may be a low level experience, but for those touched,healed,delivered and to those who have the Good News preached to them, it was The Kingdom of God being manifested to them. Jesus: God With Us
As you read this, I want you to really take it in. Feel the compassion and love of The Lord. Put yourself in the shoes of the one with the sick child,the dying spouse, the dead son or the one with no hope, having The Hope of The Nations preach to you, and opening your eyes for the first time to The Grace and Love of God.
What was Jesus sent to do, and in turn what did He send His Disciples out to do? 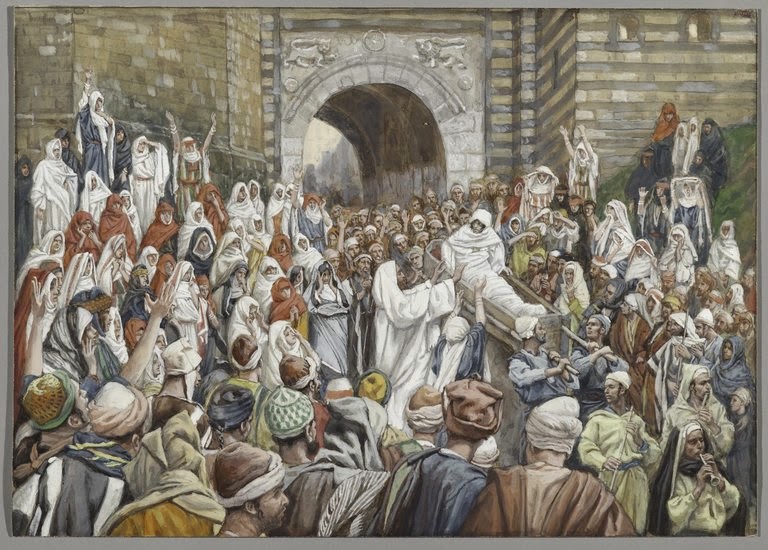 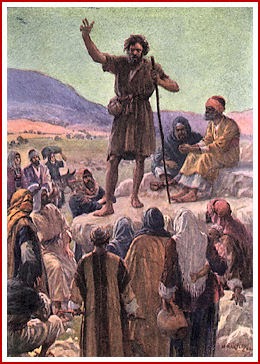 Consider the following scriptures in light of these thoughts. What a major part of the continuing ministry of Jesus Christ in us and through us?

Luke 7:1-30 (NKJV)
7 Now when He concluded all His sayings in the hearing of the people, He entered Capernaum. 2 And a certain centurion’s servant, who was dear to him, was sick and ready to die. 3 So when he heard about Jesus, he sent elders of the Jews to Him, pleading with Him to come and heal his servant. 4 And when they came to Jesus, they begged Him earnestly, saying that the one for whom He should do this was deserving, 5 “for he loves our nation, and has built us a synagogue.”
6 Then Jesus went with them. And when He was already not far from the house, the centurion sent friends to Him, saying to Him, “Lord, do not trouble Yourself, for I am not worthy that You should enter under my roof. 7 Therefore I did not even think myself worthy to come to You. But say the word, and my servant will be healed. 8 For I also am a man placed under authority, having soldiers under me. And I say to one, ‘Go,’ and he goes; and to another, ‘Come,’ and he comes; and to my servant, ‘Do this,’ and he does it.”
9 When Jesus heard these things, He marveled at him, and turned around and said to the crowd that followed Him, “I say to you, I have not found such great faith, not even in Israel!” 10 And those who were sent, returning to the house, found the servant well who had been sick.
11 Now it happened, the day after, that He went into a city called Nain; and many of His disciples went with Him, and a large crowd. 12 And when He came near the gate of the city, behold, a dead man was being carried out, the only son of his mother; and she was a widow. And a large crowd from the city was with her.
13 When the Lord saw her, He had compassion on her and said to her, “Do not weep.” 14 Then He came and touched the open coffin, and those who carried him stood still. And He said, “Young man, I say to you, arise.” 15 So he who was dead sat up and began to speak. And He presented him to his mother.
16 Then fear came upon all, and they glorified God, saying, “A great prophet has risen up among us”; and, “God has visited His people.” 17 And this report about Him went throughout all Judea and all the surrounding region.
18 Then the disciples of John reported to him concerning all these things. 19 And John, calling two of his disciples to him, sent them to Jesus,[b] saying, “Are You the Coming One, or do we look for another?”
20 When the men had come to Him, they said, “John the Baptist has sent us to You, saying, ‘Are You the Coming One, or do we look for another?’” 21 And that very hour He cured many of infirmities, afflictions, and evil spirits; and to many blind He gave sight.
22 Jesus answered and said to them, “Go and tell John the things you have seen and heard: that the blind see, the lame walk, the lepers are cleansed, the deaf hear, the dead are raised, the poor have the gospel preached to them. 23 And blessed is he who is not offended because of Me.”
24 When the messengers of John had departed, He began to speak to the multitudes concerning John: “What did you go out into the wilderness to see? A reed shaken by the wind? 25 But what did you go out to see? A man clothed in soft garments? Indeed those who are gorgeously appareled and live in luxury are in kings’ courts. 26 But what did you go out to see? A prophet? Yes, I say to you, and more than a prophet. 27 This is he of whom it is written:
‘Behold, I send My messenger before Your face,
Who will prepare Your way before You.’
28 For I say to you, among those born of women there is not a greater prophet than John the Baptist;[d] but he who is least in the kingdom of God is greater than he.”

Acts 10:34-38 (NKJV)
34 Then Peter opened his mouth and said: “In truth I perceive that God shows no partiality. 35 But in every nation whoever fears Him and works righteousness is accepted by Him. 36 The word which God sent to the children of Israel, preaching peace through Jesus Christ—He is Lord of all— 37 that word you know, which was proclaimed throughout all Judea, and began from Galilee after the baptism which John preached: 38 how God anointed Jesus of Nazareth with the Holy Spirit and with power, who went about doing good and healing all who were oppressed by the devil, for God was with Him.

Mark 16:12-20 (NKJV)
12 After that, He appeared in another form to two of them as they walked and went into the country. 13 And they went and told it to the rest, but they did not believe them either
14 Later He appeared to the eleven as they sat at the table; and He rebuked their unbelief and hardness of heart, because they did not believe those who had seen Him after He had risen. 15 And He said to them, “Go into all the world and preach the gospel to every creature. 16 He who believes and is baptized will be saved; but he who does not believe will be condemned. 17 And these signs will follow those who believe: In My name they will cast out demons; they will speak with new tongues; 18 they will take up serpents; and if they drink anything deadly, it will by no means hurt them; they will lay hands on the sick, and they will recover.”
19 So then, after the Lord had spoken to them, He was received up into heaven, and sat down at the right hand of God. 20 And they went out and preached everywhere, the Lord working with them and confirming the word through the accompanying signs. Amen.
Email Post