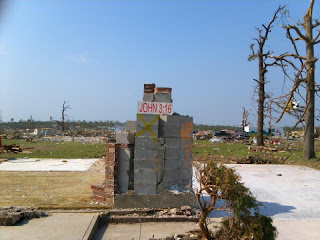 
When they heard this, they raised their voices together in prayer to God. “Sovereign Lord,” they said, “you made the heavens and the earth and the sea, and everything in them. You spoke by the Holy Spirit through the mouth of your servant, our father David:
“‘Why do the nations rage
and the peoples plot in vain?
The kings of the earth rise up
and the rulers band together
against the Lord
and against his anointed one.


Indeed Herod and Pontius Pilate met together with the Gentiles and the people of Israel in this city to conspire against your holy servant Jesus, whom you anointed. 28 They did what your power and will had decided beforehand should happen.
Now, Lord, consider their threats and enable your servants to speak your word with great boldness. Stretch out your hand to heal and perform signs and wonders through the name of your holy servant Jesus.”
After they prayed, the place where they were meeting was shaken. And they were all filled with the Holy Spirit and spoke the word of God boldly.
This is such a short, but powerful  prayer. As the last days unfold, and the birth pains of war,disease,disaster and persecution  get closer and stronger, we must  always stop, and acknowledge  God and  The Sovereignty of The Lord!
The one thing that stood out to me on our recent trip to Joplin, was how everything we came across had prophetic significance. When I say prophetic significance, I mean that God was speaking through every situation.  Not only to us as a Mission Team, Not only to Joplin as a city, Not only to America as a nation, but to The Body of Christ in The World.
I have learned to listen to The Lord as He speaks through things, not just His Word, although anything that He chooses to speak through will line up and  confirm His Word.  If we acknowledge The Lord in even the worst of situations, He will speak through that situation. He will bring His perspective and Power to it. And He will reach through us and perform signs and wonders in The Name of  Jesus.
Sometimes we say we are going to rise up as a church and do this or do that in these times. Sometimes we say we are going to go in and heal the sick and raise the dead. Sometimes we say we will stand against the onslaught of persecution and trouble. When all along, really we need to do what The Apostles did in these verse above.
The Lord spoke to me very clearly in Joplin about preparation. Preparation of the heart and preparation of our focus. We certainly have to know who we are, and most importantly to whom we belong as children walking this earth. We saw in Joplin an army of Christians doing good work. We saw The Body of Christ answering the call to help in a time of need. And it was good.
However, The Lord was speaking about preparing, preparing for a different kind of outreach. He was pointing toward the fact that there are times coming where there will be no rebuilding of a lost city, only the salvation and restoration of the souls that survived. He was speaking to a time when the only way we will be able to reach those trapped in a fallen city, will be through miraculous signs and wonders.  He was speaking of a time when we will be lifting bodies and souls of men from the rubble, not to toss them in another pile next to the road, but to deliver to them the ministry of reconciliation which we have received.
Yes, of course He was showing us and teaching us how we can be a refuge and help in disaster, but, we do ourselves a great harm and those we are called to help, if we do not see the warnings He is giving us also.
There were two situations that made me angry in my spirit man in Joplin. I will not go into what, because again, just as in the verse above, these situations God ordained, and in doing so, spoke and confirmed what He was speaking all along during our time there. My natural man wanted to lash out at man, my soul wanted to pout a bit, but The Lord continued to speak to my spirit man, pointing at what He was trying to show us.
I will close with this. On the last site we worked, The Lord ordained that the home owner be a man that survived without a scratch, his yard was filled with every book on The Word,The Blood, The Spirit and Faith, that was ever written it seemed. On this same sight I met an evangelist, that when I met him my spirit leaped within me. On this same site the homeowner gave a testimony that gave witness to why we were there and The Goodness of The Lord, almost being interrupted by a complete misunderstanding of what The Lord was speaking to us, but that is okay,all ordained.
Prepare, Prepare,Prepare. Build yourself up with The Word and by Praying in Tongues much, as much as you can.  Read verses and declare them out loud that speak of The Power, Sovereignty and Authority of God! The earth is The Lords and The fullness thereof!! Jesus has been given all authority in Heaven and in Earth! We have been given authority by Him to trample over demons and devils. As we go forth we will heal the sick, raise the dead, take up serpents, and nothing by any means will harm us. And in the days to come we will speak The WORD of God boldly and He will reach through us and perform signs and wonders in His Name!!! That is the key, all that we will be called and commissioned to do in these last days, will always, must always be done while we acknowledge that they are only done by His Name, in The Authority of His Name and by Faith in His Name.
Email Post