Prayer That Brings Others Into Jesus Midst- A Ministry Of Prayer


This post has been stirring in my heart for several days. My spirit is bursting with expectancy and faith concerning what The Lord is showing me. I wasn't sure what to title this, however I think I landed on a good one that explains the core of what is in my heart.

As you read the verses below, take time to savor them. Allow me to guide you a bit. Allow the suggestions I make below set your thoughts as you engage these two very powerful stories.

1. Read these verses like it is the first time
2. Read them as demonstration of a Ministry Of Prayer & Reconciliation
3. Read them as The Friends, Jews & Centurion being the central Characters
4. See Jesus Ministry as it is now- Through His Church

I will continue my thoughts below the verses. We are called to be Ministers of Reconciliation. We can intercede and supplicate on behalf of others in order to bring them into the Presence Of Jesus, where there is Power Present to Heal them. 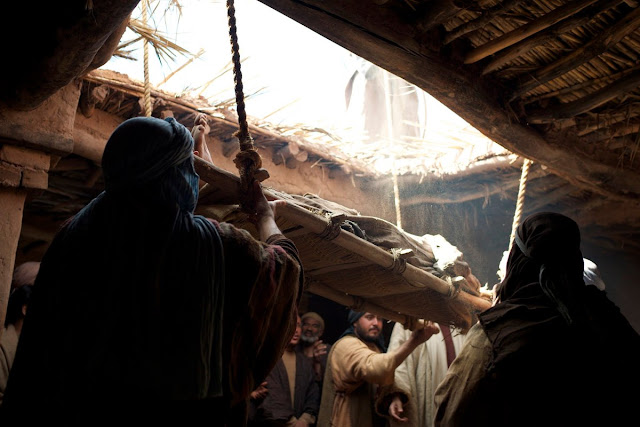 Luke 5:17-26 (NKJV)
17 Now it happened on a certain day, as He was teaching, that there were Pharisees and teachers of the law sitting by, who had come out of every town of Galilee, Judea, and Jerusalem. And the power of the Lord was present to heal them. 18 Then behold, men brought on a bed a man who was paralyzed, whom they sought to bring in and lay before Him. 19 And when they could not find how they might bring him in, because of the crowd, they went up on the housetop and let him down with his bed through the tiling into the midst before Jesus.
20 When He saw their faith, He said to him, “Man, your sins are forgiven you.”
21 And the scribes and the Pharisees began to reason, saying, “Who is this who speaks blasphemies? Who can forgive sins but God alone?”
22 But when Jesus perceived their thoughts, He answered and said to them, “Why are you reasoning in your hearts? 23 Which is easier, to say, ‘Your sins are forgiven you,’ or to say, ‘Rise up and walk’? 24 But that you may know that the Son of Man has power on earth to forgive sins”—He said to the man who was paralyzed, “I say to you, arise, take up your bed, and go to your house.”
25 Immediately he rose up before them, took up what he had been lying on, and departed to his own house, glorifying God. 26 And they were all amazed, and they glorified God and were filled with fear, saying, “We have seen strange things today!” 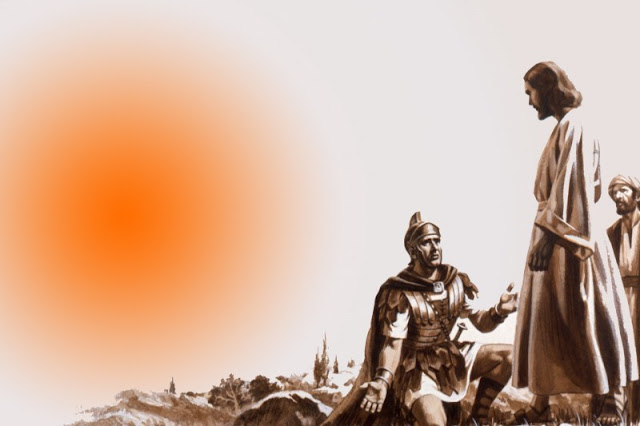 1 Now when He concluded all His sayings in the hearing of the people, He entered Capernaum. 2 And a certain centurion’s servant, who was dear to him, was sick and ready to die. 3 So when he heard about Jesus, he sent elders of the Jews to Him, pleading with Him to come and heal his servant.
4 And when they came to Jesus, they begged Him earnestly, saying that the one for whom He should do this was deserving, 5 “for he loves our nation, and has built us a synagogue.”
6 Then Jesus went with them. And when He was already not far from the house, the centurion sent friends to Him, saying to Him, “Lord, do not trouble Yourself, for I am not worthy that You should enter under my roof. 7 Therefore I did not even think myself worthy to come to You. But say the word, and my servant will be healed. 8 For I also am a man placed under authority, having soldiers under me. And I say to one, ‘Go,’ and he goes; and to another, ‘Come,’ and he comes; and to my servant, ‘Do this,’ and he does it.”
9 When Jesus heard these things, He marveled at him, and turned around and said to the crowd that followed Him, “I say to you, I have not found such great faith, not even in Israel!” 10 And those who were sent, returning to the house, found the servant well who had been sick.

I pray The Lord stirred your heart for the great ministry He has given us. He has called us to be Ministers of Reconciliation. He has called us to enter into the world and lead others out of darkness and into His presence. One way He does that is through The Ministry of Prayer and Intercession.  I would venture to say the primary way He has given us to bring others into His presence is through The Ministry of Prayer in one form or another.

Sometimes we miss the glorious responsibility and call it is to carry others into His Presence. We forget verses like these and others that show others using their faith, care and love for another to bring the crippled and hurting one into the midst of Christ where there is always power to heal and save.

The friends that lowered the crippled man into Peters house would not be stopped, they fervently and boldly tore the roof off to lower their friend into the midst of Christ. And before all present Jesus showed Himself as Lord. He not only used this event to forgive and heal this man, but to silence his enemies and bring Glory to God.

In the story of the Centurion we see two different Ministries of Prayer in action. We see the Jews that were sent by The Centurion going to Jesus and making a case to him about how The Centurion was kind and generous to them and the synagogue. They knew Jesus would honor them as Jews and The House of God. They knew The Centurion didn't have a relationship with Jehovah so they made a case for him as a friend to the Jews.

They interceded on behalf of The Centurion, because they knew he loved his servant. Don't miss that part of the story, although the sick man was a servant or slave, he was loved by The Centurion enough for The Centurion to send the Jews to Jesus on his behalf.

He is open and honest with Jesus. Unlike the Jews, he doesn't offer anything as a reason why Jesus should heal his servant. He is humble, he knows he doesn't have anything to offer Jesus, he honors The Lords authority. He bases his faith on what He knows of the authority of The Jewish Messiah, and he is rewarded for it.

Let these truths settle in your heart. If The Ministry of Prayer and Intercession has been elevated to The Throne of Christ and continues until all His enemies are made His Footstool, how should we see Prayer and The Ministry of Prayer?  What glory will we see when we fully enter into prayer that brings the multitudes into the midst of Jesus where there is power to heal? I want to end with one last story from scripture.

29 And now, O Lord, hear their threats, and give us, your servants, great boldness in preaching your word. 30 Stretch out your hand with healing power; may miraculous signs and wonders be done through the name of your holy servant Jesus.”
31 After this prayer, the meeting place shook, and they were all filled with the Holy Spirit. Then they preached the word of God with boldness. 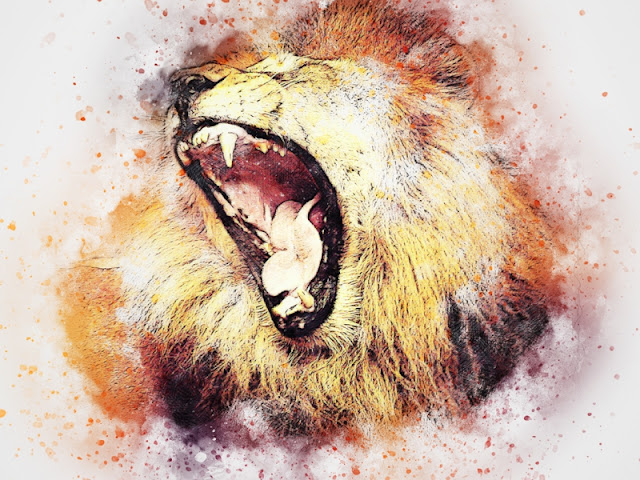