Let The Called Our Ones Arise!!! 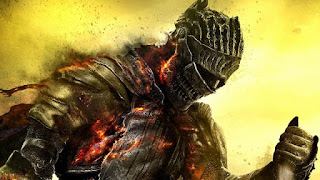 I know what The Lord has put in me. I know that part of the right team, in the right atmosphere, we will be able to do amazing things and the joy in me will be as un-expressible by words as the groaning is now.

Sometimes people do not understand the pain they inflict when they ignore an email, disregard a text. Maybe they feel as if they are excused from the basic elements of covenant relationship. So tied up by protocol and the rules they put in place they don't even consider the personal lives and families that their man made , not spirit led, decisions have impacted.

David at the Cave of Adullam

22 So David left Gath and escaped to the cave of Adullam. Soon his brothers and all his other relatives joined him there.
2 Then others began coming—men who were in trouble or in debt or who were just discontented—until David was the captain of about 400 men. 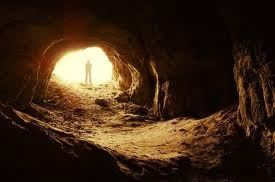 THE LORD SAYS: WELCOME TO THE CAVE OF ADULLAM!!!

I believe The LORD is making places for Ministers of THE LORD, who have been called by God, but discounted by man.

I believe He is making place to EMPLOY and DEPLOY them into place HE NEEDS them. Fret not my brothers. My God is about to make you one of HIS MIGHTY MEN!! Let the comfortable rest protected in their palaces and stay safe behind their protocols and walls.

You know you are called. You have known since you were young, but no door has opened , no place has been found for you to rest your head. Fret not, You King Is Calling! 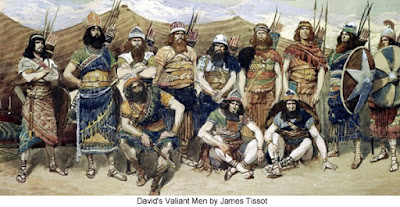 10 These are the leaders of David’s mighty warriors. Together with all Israel, they decided to make David their king, just as the Lord had promised concerning Israel.
11 Here is the record of David’s mightiest warriors: The first was Jashobeam the Hacmonite, who was leader of the Three—the mightiest warriors among David’s men. He once used his spear to kill 300 enemy warriors in a single battle.
12 Next in rank among the Three was Eleazar son of Dodai, a descendant of Ahoah. 13 He was with David when the Philistines gathered for battle at Pas-dammim and attacked the Israelites in a field full of barley. The Israelite army fled, 14 but Eleazar and David held their ground in the middle of the field and beat back the Philistines. So the Lord saved them by giving them a great victory.
15 Once when David was at the rock near the cave of Adullam, the Philistine army was camped in the valley of Rephaim. The Three (who were among the Thirty—an elite group among David’s fighting men) went down to meet him there. 16 David was staying in the stronghold at the time, and a Philistine detachment had occupied the town of Bethlehem.
17 David remarked longingly to his men, “Oh, how I would love some of that good water from the well by the gate in Bethlehem.” 18 So the Three broke through the Philistine lines, drew some water from the well by the gate in Bethlehem, and brought it back to David. But David refused to drink it. Instead, he poured it out as an offering to the Lord. 19 “God forbid that I should drink this!” he exclaimed. “This water is as precious as the blood of these men who risked their lives to bring it to me.” So David did not drink it. These are examples of the exploits of the Three.

20 Abishai, the brother of Joab, was the leader of the Thirty. He once used his spear to kill 300 enemy warriors in a single battle. It was by such feats that he became as famous as the Three. 21 Abishai was the most famous of the Thirty and was their commander, though he was not one of the Three.
22 There was also Benaiah son of Jehoiada, a valiant warrior from Kabzeel. He did many heroic deeds, which included killing two champions of Moab. Another time, on a snowy day, he chased a lion down into a pit and killed it. 23 Once, armed only with a club, he killed an Egyptian warrior who was 7 1⁄2 feet tall and who was armed with a spear as thick as a weaver’s beam. Benaiah wrenched the spear from the Egyptian’s hand and killed him with it. 24 Deeds like these made Benaiah as famous as the three mightiest warriors. 25 He was more honored than the other members of the Thirty, though he was not one of the Three. And David made him captain of his bodyguard.
26 David’s mighty warriors also included:
Asahel, Joab’s brother;
Elhanan son of Dodo from Bethlehem;
27 Shammah from Harod;
Helez from Pelon;
28 Ira son of Ikkesh from Tekoa;
Abiezer from Anathoth;
29 Sibbecai from Hushah;
Zalmon from Ahoah;
30 Maharai from Netophah;
Heled son of Baanah from Netophah;
31 Ithai son of Ribai from Gibeah (in the land of Benjamin);
Benaiah from Pirathon;
32 Hurai from near Nahale-gaash;
Abi-albon from Arabah;
33 Azmaveth from Bahurim;
Eliahba from Shaalbon;
34 the sons of Jashen from Gizon;
Jonathan son of Shagee from Harar;
35 Ahiam son of Sharar from Harar;
Eliphal son of Ur;
36Hepher from Mekerah;
Ahijah from Pelon;
37 Hezro from Carmel;
Paarai son of Ezbai;