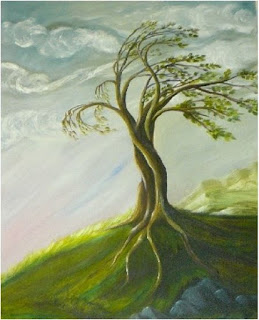 “The tree on the mountain takes whatever the weather brings. If it has any choice at all, it is in putting down roots as deeply as possible."


Early this morning The Lord began to speak to me about standing in prayer even during the storm. When I saw that the hurricane did not weaken but actually strengthen after what I felt was a powerful anointed prayer yesterday, I began to ask why. He stopped me before I could and reminded me that we are not to be moved by what we feel or see.


He spoke to me about this for some time, I think to make sure I got it. I came away with a different mindset. Those who are called to prayer and intercession must not be moved by what they feel or see. We must be able to stay strong in faith, stay focused on God and fervent in prayer even during the storms that arise. Even during the storms that we tell to move, yet instead move right over us, or those we are interceding for. 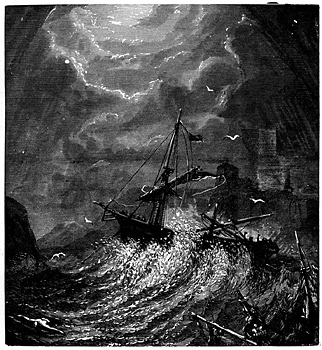 I was reminded of Paul on the ship. The crew did not listen to the warning and sailed anyway. Yet even during the storm when all hope was lost, God spoke to Paul through an Angel, the cargo they wanted to get delivered so badly would be lost, yet lives would be saved.


But in Gods divine providence, He has already figured it all in and has a plan to bring Glory to His name and fulfill His Plan on earth, just like He did with Paul after the shipwreck, it opened up that place to The Gospel and for God to display His Power and Glory in The NAME OF JESUS!

“The tree on the mountain takes whatever the weather brings. If it has any choice at all, it is in putting down roots as deeply as possible."